You are here: Home1 / Understanding the Term “DCF Income Payments”

When it comes to DCF Income Payments and similar receivables, the marketplace suffers from a plethora of terms. In this page, we clear up misunderstandings and language that could be misleading.

In the “Right” column are different names for the same underlying asset, namely, the right to receive payments due under a structured settlement backed by an annuity.

In the “Potentially Misleading Terms” list are various other terms some use in the marketplace to describe the same asset class. While one could technically justify each of these terms, they can have a misleading effect, especially on less sophisticated investors.  Technically, an “annuity” is simply a series of payments. But, the general public is mostly only familiar with the concept of an annuity issued by a life insurance company.

Though DCF Income Payments meet the technical definition of an annuity (i.e., periodic payments), and are backed by an annuity policy (owned by the life insurance company subsidiary), they are not the typical “annuity” known by the general public. For that reason, we believe it would be potentially misleading to use “annuity” in the name of the investment. Thus, we would not refer to these payments as Secondary Market Annuities, In-Force Annuities, or Factored Annuities.

In the “Wrong” column are several misleading words that also add confusion and misinformation to the marketplace.  Practically speaking, derivatives are usually securities contracts, and the underlying assets take a wide range of forms, from pork bellies to pesos.  Prices and values of derivatives can swing widely and are dependent on a number of market forces and factors.  DCF Income Payments are not derivatives or securities, and prices are typically fixed and do not fluctuate.

A ‘DCF Income Payment’ is a term used to describe the court-ordered right to receive payments due under structured settlements backed by annuities.

As noted above, some incorrectly refer to payments in this asset class as Factored Annuities or Secondary Market Annuities.  To be clear, in a DCF Income Payment transaction the purchaser does not acquire an annuity issued by an insurance company.  Rather, transactions are handled pursuant to IRC§5891(c)(2) and relevant state-specific structured settlement transfer protection act guidelines that give regulatory certainty and consumer protection. In these assignment proceedings, the right to receive payments due under a structured settlement that is backed by an annuity is transferred, but the ownership of the actual insurance contract does not change hands.

Initially, the transfer of structured settlement payment rights was the domain of larger institutions.  Transactions were packaged up by large buyers such as JG Wentworth, securitized, and sold to institutional investors.  Public filings by JG Wentworth revealed significant margins on the trade of payments, and undoubtedly some sellers took a deep discount on their sales.

As capital returned to the marketplace, yields fell.  This trend started in approximately 2014 and continues to the current day.  Competition among factoring companies and by investors ensured that sellers of payments get more money for the sale of their payments today.

How Do Regular Annuities Compare With a DCF Income Payment?

Primary annuities come in a wide range of configurations, from life- only immediate income annuities to growth-oriented fixed and fixed index contracts.  Typically, structured settlements utilize period certain guaranteed and life contingent lifetime income annuities issued by highly rated carriers as the ‘funding assets’ to make the payments due under the terms of the settlement.

In most cases, annuities are shielded from creditors in accordance with their statutory protections. Even in bankruptcy proceedings, they are usually considered an exempt asset and cannot be accessed by creditors.

However, once cash is exchanged for the right to receive payments due under a structured settlement via an assignment and court proceeding the cash asset would lose this creditor protection and, like any other asset, be open to the claims of creditors.

However, a small percentage of the market on an annual basis may be offered for sale to individual investors, some of which may be labeled as a ‘DCF Income Payment.’  DCFAnnuities.com is a major retailer of DCF Income Payments from the nation’s premier source of payments, DCF Exchange.

DCF Income Payments Are Not Securities

Sales agents are currently not subject to state-based licensing requirements as the transaction does not change the ownership of the underlying annuity, which is an insurance licensed activity, nor do we believe that the assignment and sale of a payment stream due under a structured settlement constitute a securities transaction per the Howey Test or other common law analysis.

Practically speaking, however, consumers typically encounter DCF Income Payments from licensed insurance agents and financial advisors who may be subject to various licensing requirements for their other lines of business.  Consumers should inquire as to the professional qualifications of the agent they are working with.

Agents should never market structured settlement payment rights using the State Insurance Guarantee Funds as a selling point.  Most states have, as part of their insurance laws, an advertising prohibition which specifies that insurance companies and insurance agents may not use the existence of the guaranty association for the purpose of sales, solicitation, or inducement to purchase insurance, including annuity contracts.

State guarantee funds are a frequent question among those considering DCF Income Payments. Some states have directly eliminated their guarantee fund protection. In other states, it is possible that purchasers of structured settlement annuity payment rights may not be afforded the same protection as original annuitants under state guarantee laws.  That said, the case of Executive Life of New York provides some guidance where all payees- both original annuitant and assigned payees- to this day receive restructured benefits under their structured settlement contracts.

Insurance company failures are generally very rare, however, and by design, the carriers involved in the structured settlement market are among the strongest financial institutions in the world. 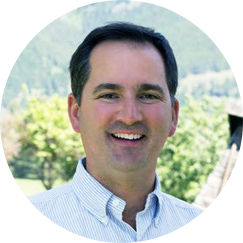 Schedule a call with me

Check Out Our Reviews Online!